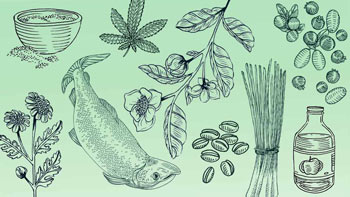 Which provide real relief—and which are risky, harmful, or a waste of money?

Yonkers, NY - by Hallie Levine - To understand why the world of alternative medicine is so vexing, consider two of its most well-known examples: homeopathy and yoga.

Homeopathy is based on the idea that whatever causes an ailment will also cure it—using products diluted to the point where the key ingredient is indetectable. In spite of numerous studies showing that homeopathy doesn’t work and you may as well just drink a glass of water, the practice persists. In 2017 consumers in the U.S. spent more than $1.3 billion on homeopathic remedies, according to the Nutrition Business Journal (NBJ).

Yoga, on the other hand, which has its roots in ancient Indian spiritual practices, has been adopted by millions to help with crippling medical problems. And unlike homeopathy, there’s good evidence that it works. Last year, for example, a comprehensive review found that regular yoga practice helps to relieve back pain, one of Americans’ most common and hard-to-treat health complaints.

A third of Americans say they have used alternative treatments in the past year—and more than half of these people say they prefer such approaches over mainstream medicine, according to a new nationally representative Consumer Reports survey of 1,003 adults. But in the crowded landscape of alternative treatments, it’s almost impossible to determine which are worth trying.

Americans spent $42 billion in 2017 on dietary supplements, according to an analysis from the NBJ. And the most recent figures available pegged spending at nearly $15 billion for appointments with practitioners such as chiropractors, acupuncturists, and massage therapists.

It’s not surprising: Conventional treatments, such as prescription drugs and invasive surgeries, can’t always solve a wide array of common health problems. That’s frustrating not just to patients but also to physicians. In fact, according to CR’s recent survey, 29 percent of Americans who used alternative medicine or treatments in the past year did so because their doctors recommended it.

Often these approaches are used not instead of conventional regimens but with them, giving rise to the term “complementary medicine,” or “integrative medicine.” Some medical schools now teach integrative medicine, and Veterans Affairs doctors have also adopted it, prescribing acupuncture, yoga, or tai chi, for example, to treat pain.

But even physicians who embrace alternative medicine urge caution. “In theory, I love of the idea of using a natural, less medicalized approach to illness, especially since there is so much medication overuse in our country,” says Michael Hochman, M.D., director of the Gehr Family Center for Health Systems Science at the Keck School of Medicine at the University of Southern California. “But when it comes to those therapies where the evidence isn’t so rigorous, it can be damaging to your pocketbook and your health if you forgo more evidence-based treatment.”

Case in point: Cancer patients who opted for complementary therapies and refused treatments such as chemotherapy were twice as likely to die as those who used conventional methods, according to a July 2018 study in the journal JAMA Oncology.

Even when research suggests that alternative treatments work, it’s not always clear why—and could stem from the placebo effect. That’s when your expectation that a treatment will help actually triggers a healing reaction. And it’s powerful enough to get results. One trial of osteoarthritis patients, for example, compared a group taking supplements with one taking placebo pills. Most people in both groups reported significant reductions in pain.

To make the situation even more confusing, many staples of alternative medicine aren’t subject to the same rules that govern doctors’ offices and prescription and over-the-counter drugs. That means manufacturers don’t have to prove that their treatments contain what their labels claim, or that they are effective or safe.

Still, consumers are right to be curious about alternative medicine. Practices such as yoga, meditation, and tai chi have stood up to the standards of modern medical research. Other alternative treatments can help people feel in control of their health and reduce their reliance on medication.

How can you tell the difference between alternative treatments that are worth trying and those you should stay away from?

4 Tips for the Smart and Safe Use of Alternative Medicine

Do your research. Try to find out what’s known about the safety and efficacy of any treatment you’re considering. Look for reputable sources, such as the National Center for Complementary and Integrative Health and the Cochrane Collaboration. Ask your primary care provider, too; more and more of them are embracing some forms of alternative medicine, and may be good resources.

Be choosy about practitioners. If you’re going to an alternative health practitioner, such as an acupuncturist, make sure he or she is credentialed, with a state license where appropriate. Check with your primary care doctor to see whether he or she can make a referral. And be skeptical of someone who tries to sell you additional products or sign you up for a long-term treatment plan (beyond four to eight sessions), or recommends that you forgo conventional treatments.

Consider the cost. Ask about price up front, and talk to your insurance company if you’re not sure whether it’s covered; many alternative treatments are not. Also, talk to your provider about nonpharmaceutical options that are more likely to be covered by insurance, such as cognitive behavioral therapy(CBT) and physical therapy.

Think holistically. Sometimes alternative treatments can help you reduce your reliance on medication, avoid surgical intervention, or relieve the side effects of conventional treatments. Just consider how the alternative treatment could affect your health overall, for better or worse. The more serious the health problem, the more cautious you should be about turning to alternative medicine to treat it. Medications you’re already taking can also interact with certain dietary supplements, so talk with your healthcare provider or pharmacist before trying something new.

People often assume supplements must be proved to be safe and effective before they can be sold. In fact, they don’t undergo the same safety and efficacy testing as prescription and over-the-counter drugs.

Federal regulations allow supplements to have general claims, such as “calcium builds strong bones,” but the FDA doesn’t vet the claims. And labels can’t claim that products diagnose, cure, or prevent any disease. A label can’t say ginkgo biloba, for example, will prevent dementia—even if that’s why people are buying it. You also can’t be sure that supplements contain the listed ingredients or dosages, or that they aren’t contaminated. For example, last spring, nearly 200 people were sickened after consuming kratom supplements contaminated with salmonella.

If you choose to take a supplement, look for a product with a third-party seal, such as NSF International certified or USP Verified. These seals don’t mean that a supplement works; they indicate that an independent group has verified that the amounts listed on labels are accurate and that the products are not contaminated.

See a list of supplements you should always avoid.

Nearly half of Americans take multivitamins, but these pills, along with other vitamin and mineral supplements, may not be doing much for anyone’s health. “Multivitamins have an image of being able to compensate for deficiencies in the diet,” says JoAnn Manson, M.D., a professor of medicine at Harvard Medical School and chief of preventive medicine at Brigham and Women’s Hospital. “But [they’ll] never be a substitute for a healthful and balanced diet.”

For one, Manson says, your body can’t absorb the nutrients from pills as easily as it can from food. And vitamins can cause side effects. Too much supplemental calcium, for instance, might increase the risk of kidney stones.

That doesn’t mean everyone should avoid supplements. Pregnant women need folate and prenatal vitamins, and breastfed infants need vitamin D and iron. Older adults and people with certain medical conditions may need vitamins, too. If you’re unsure whether you need one, talk with your doctor. And try not to exceed 100 percent of your recommended daily value of any nutrient. (Read more about vitamins and minerals.)