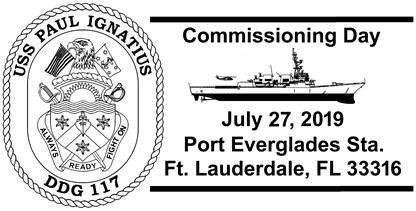 The ship is assigned to Naval Station Mayport, FL...

The USS Paul Ignatius is an Arleigh Burke-class destroyer that can conduct a variety of operations in support of the United States’ military strategy. Three hundred officers and enlisted personnel make up the crew. The ship is assigned to Naval Station Mayport (FL), the third largest naval base in the United States.