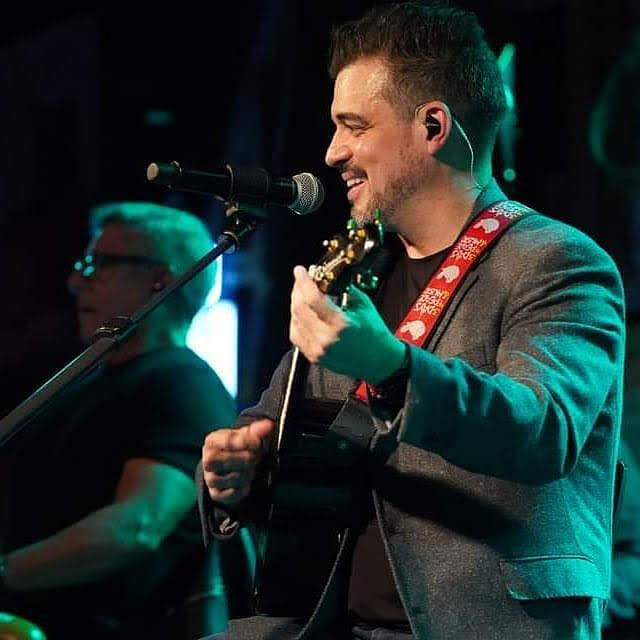 Piper is a show that was born by popular acclaim...

Boca Raton, FL - (by Guataca Nights) - The Latin Grammy-winning singer, songwriter and showman, Rafael “Pollo” Brito, will celebrate Christmas with a Zulian accent —because there is no Venezuelan Christmas without bagpipe— taking his show Piper through Guatemalan headquarters in the United States, and raising the curtain in the Dominican Republic , between November and December.

Brito's tour, one of the most complete and versatile artists of the music scene of the moment, will begin the Boca Raton Tour in the Boca Black Box on November 24. It will continue with the premiere of Santo Domingo Square in the Sambil Events Room on December 4, then in New York on DROM on 5, 7 in Orlando at Gilson Restaurant, 12 in Houston at Mo's Place and to close the tour, in Dallas on December 13 at the Dallas Event Center.

Piper is a show that was born by popular acclaim. A video of Brito on his Instagram account generated such a stir that he began to receive proposals of recitals in a piper key. In each of his 2018 Christmas concerts, Brito played 45 bagpipes, a feat that he intends to repeat this time, when he will pay tribute, as part of his presentations, to Ricardo Aguirre (1939-1969), a hero gaitero that this year will meet 50 years of death.

Brito, who will perform accompanied by Adelmo "Cokis" Gauna (percussion), Rafael Querales (bass), Jesús "Chuchito" Ibarra (voice, chorus) and Carlos "The pacifier" Parra (piano), usually plays several classics of the authorship of Aguirre, like the very popular La Gray Zuliana. He also walks through irreplaceable pieces of the Marabino songbook, some written by Neguito Borjas, such as The Onomatopoeic Bagpipe; others of Leandro "Papi" Zuleta, and also of Eurípides, Astolfo and Wolfgang Romero.

Piper's is just one of its facets. El Pollo is a rigorous academic musician who was oboist of the Simón Bolívar Symphony Orchestra. He is an instrumentalist who could only dedicate himself to playing the four. He is a virtuoso, master of some of the most dazzling performers of the Venezuelan instrument par excellence, such as the members of the C4 Trio, for example. He has been an animator for Portada’s, a television magazine that was once the most watched in the country, and has even performed in plays. In addition, he is a fine and recursive singer, who began a successful career modernizing Venezuelan music and then demonstrated a great ability to tackle different rhythms.

The traditional music of his country is one of his passions. He has always cultivated it, especially when he joined assemblies such as Pabellón sin Baranda, Arcano and Bak Trío, but took it to the disco format, signing as a soloist, in albums such as Una casita bella para ti (2005), Venezuelan sings (2008), From Repente (recorded with C4 Trio and winner of the Latin Grammy 2014 for Best Recording Engineering) and Pa 'uncle Simón (2015). He also edited a double live album entitled Boleros (2011) and another from Homage to Tito Rodríguez (2014). In 2018 he released his latest Manzanero album, in homage to the teacher Armando Manzanero. One of his next projects will be to bring the concept of Piper to record production.